Carlita was the name of a beautiful Himalayan Persian Siamese mix known as a “Ragdoll”.

She chose me by leaping upon my uncovered shoulders while I was walking about Griffith Park. This was our second encounter about a month apart. However, the first encounter made such a strong impression upon me that I kept my eyes peeled for her. She was so soft and affectionate but not in a swarmy or annoying way, but rather as delicate as the finest silk, she breezed around me like a wind. However, I noticed that her fur to either side of her feathery tail was matted. Not having any experience with puppies at the time, I didn’t recognize the significance of this matting. Rather, I was distressed that anyone in this lofty neighborhood would be so inattentive. Given that it was a supposed hotbed of intellectualism, liberalism, and non-pretension, this careless lack of care of such a beautiful animal, made my skin scrawl.

I mentioned her existence to the Han to whom I was married. He took to accompanying me on my walks after that.

I have done a lot of walking in my life. I think that one of the reasons that I married this Han was because not only did he want to but he was bowlegged and therefore had a very fast walk.

Poor Axel could barely walk without agony however, his heart, head, and chest were made of legends, even with two dislocatable shoulders (as did my friend who married the sour pumpkin).

Carlita’s claws were intense however I stood the pain well enough. My major concern was that this valuable cat probably belonged to someone therefore, I wanted some sense of certainty that she wanted to be rescued.

The Han agreed to carry her on his shoulders and engaged in some Jeet Kun Do such that Carlita was repeatedly encouraged to dismount should that be her decision. This was just one of the many moments that reassured me that the psychopath who I married did indeed have character and we were suited for each other. If a Nemesis could be called “suited” then I guess that we were.

We brought her into the Dragon’s Lair, down the Fibonacci stairs, and into the woody bathroom where I had been forced to recover from my second genital injury so severe that the steam had destroyed the television which had been my only diversion. Fortunately, this particular injury had not required stitches. Merely a week in a tub with salts of my own design, which resulted in a complete recovery and then some, sufficed.

For this cat, I filled the room with soothing smoke then grasped her about the waist firmly while the Han cut away the matted fur. She wasn’t happy about this but submitted to it, with the saddest yowling.

Afterward she rolled about on the thick plush silk runner, and then jumped on the Han’s head and licked it.

The next time Carlita leaped upon a shoulder it was his, and he rebuked her. However, when I walked to see what was the matter, calling her name (she would always answer me when I called her even when I was forced to abandon her for a month at La Posada, which reinforced the legend of Altamira de Cáceres that I was La Bruja Del Norte y mientras La Bruja Del Oeste intenta a matarla nueve veces), I saw the fire, at two O-Clock, at another redwood house in the eucalyptus. The son of a different technical writer and doctor combination had had a kitchen mishap. That was to be one of two kitchen fires to occur on our street during our residence there, ignited by young men without maternal supervision.  Carlita kept a watchful eye out for cataclysmic events of all sorts, adored leche de cabra, but could not abide their proximity.

Carlita was also La Reína de los Pollos, never attacked them, but had to be dissuaded from lizards in favor of mice by a song. She also loved my diamond ring and watch. A Roomba prototype also amused her. A paper ball on a string was also a delight.

When I was forced to leave Venezuela and cut off our psychic connection, I yowled. Fortunately, Owls, Turtles, Spiders, Lizards, Raptors, Parrots, and Coyotes continue to comfort me while the plague of cardinals and crickets both seem to have abated. Toads have also renewed their interest in me, tentatively. I miss the Kingfishers and my own waterfowl. Turkeys still figure prominently but I suspect that something like a peacock will be making an appearance soon.

Cats, on the other hand, don’t move me. Carlita can’t be budged from my psychic Cataclysm.

For what it’s worth, the Han’s sister, before she died (probably murder) was friends with the sister of the father of the Crow. One of my rivals for the heart of The Nisei was a prop-mistress with a license to handle firearms. The father of the Nisei was a No No, not to be confused with The Nomo for whom a sushi roll was named, and then adopted for my dietary restrictions by the same restaurant which invented it, as a favor to The Nisei.

His father, the No No, was probably interned at Lake Mono.

Axel didn’t care much for crows because they tormented his favorite type of raptor. This one: 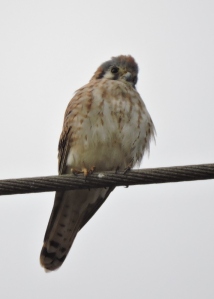 2 thoughts on “Carlita the Ragdoll”